Shortly after meeting Tedd in 2014 I asked if he had ever heard of the 24 hours of lemons.  He had and said “lets do it!”  By the end of the day we had 7 people on the team.  We made plans to start shopping for an actual car, and by the next day it was just me a Tedd again.  We bought a terrible 1985 Mustang.

After working on it for months, got it running and halfway around the block it basically blew up.  We’d already paid for the race fees.  So we went looking for a better car.  We found the Minnow, a 1991 Honda Accord DX or LX.  At the time it was still the Middle East Peace Accord. 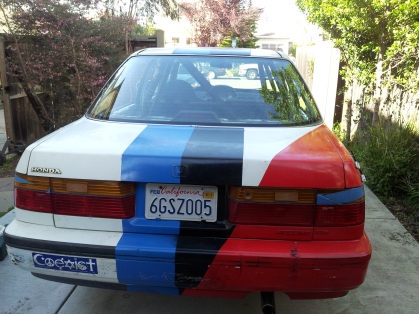 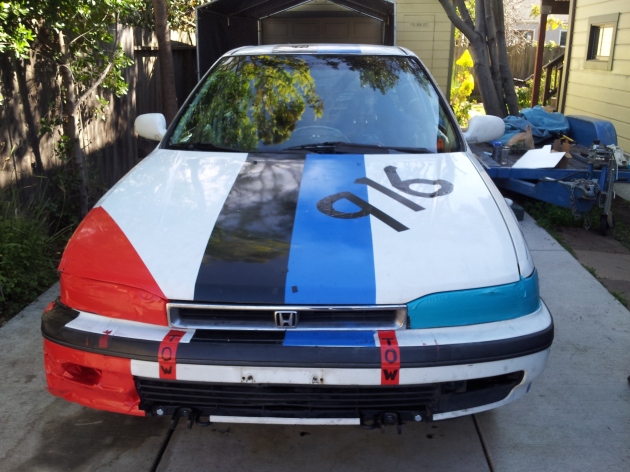 It was supposed to look like the Palestinian flag on one side and the Israeli flag on the other.  No one really got it.  It was not a great theme.  But we raced the hell out of it and had a blast, 112th place!  For the next race we did a ton of work and totally re-did the theme.  Since it had leaned so far in the turns we wanted a boat theme.  The Minnow set sail. 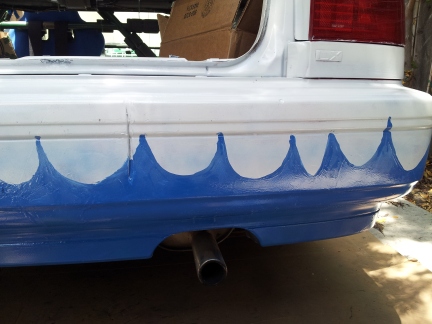 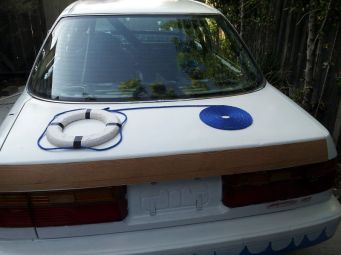 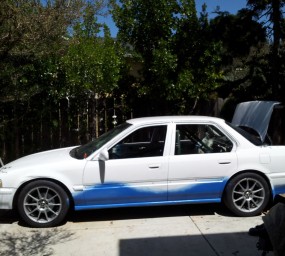 We raced it many more times.  First at Thunderhill 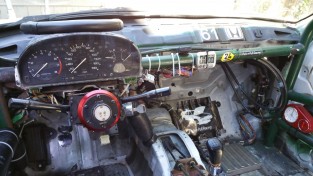 Then back at Sonoma. 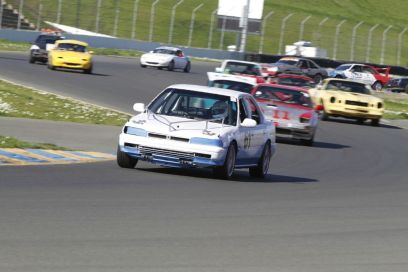 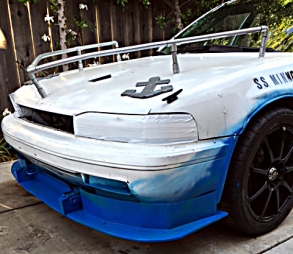 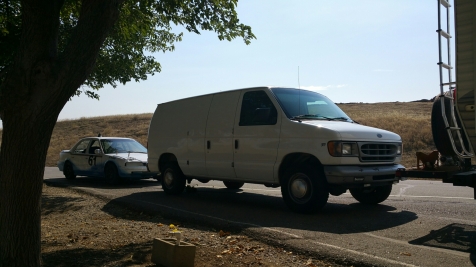 The car kept getting better, and at Thunder hill with the four seaguls flying over us it was brilliant. 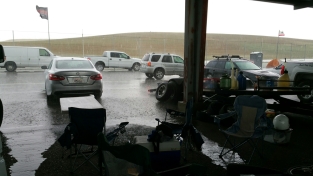 Along the way there was some damage.

It bent the frame. We finished that race but the lower control arm bushing on the right was trashed.

Though I thought I’d fixed the crash damage, I had not.  At the next race the front left axles came out of the CV joint twice.  We finished 14 laps.  Our worst. 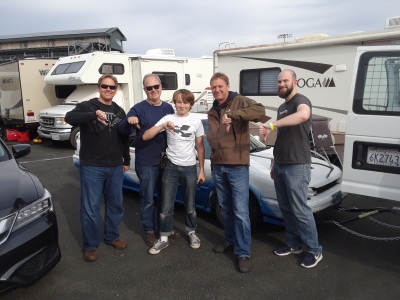 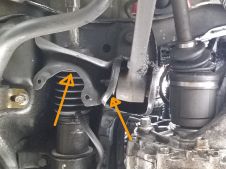 After a few months of not much, we decided to retire the Minnow and buy a new car.  We found a mostly prepped 1993 Accord.  We are transplanting all our good parts to the new car. 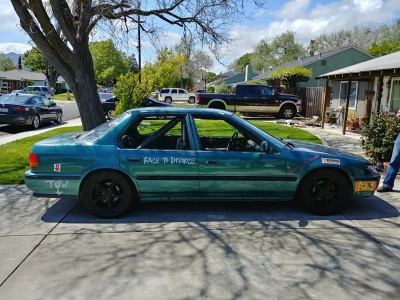 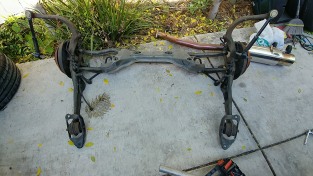 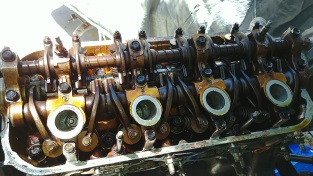 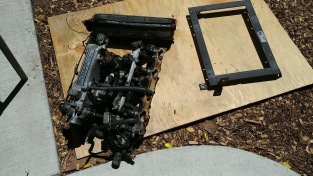 Stripped bare we donated the hull to some charity or another. 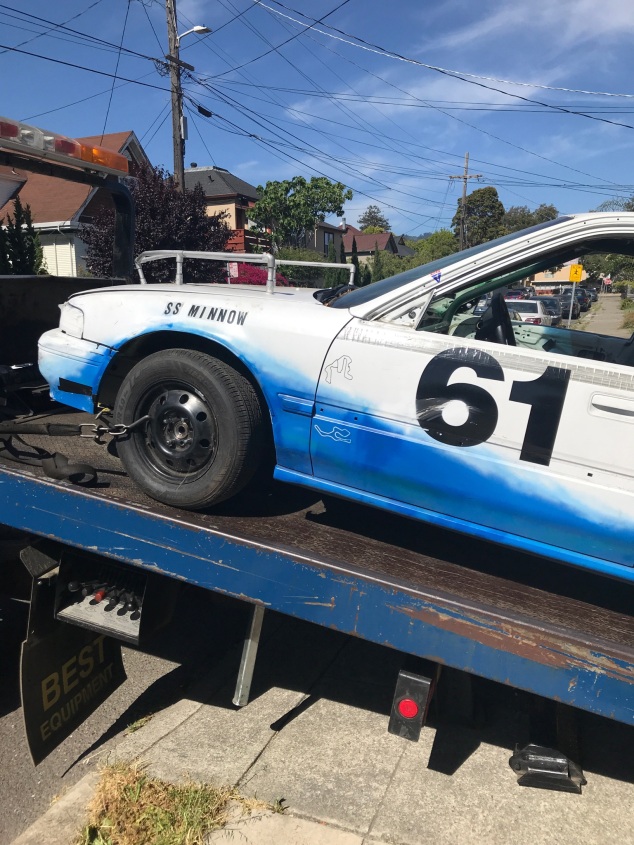